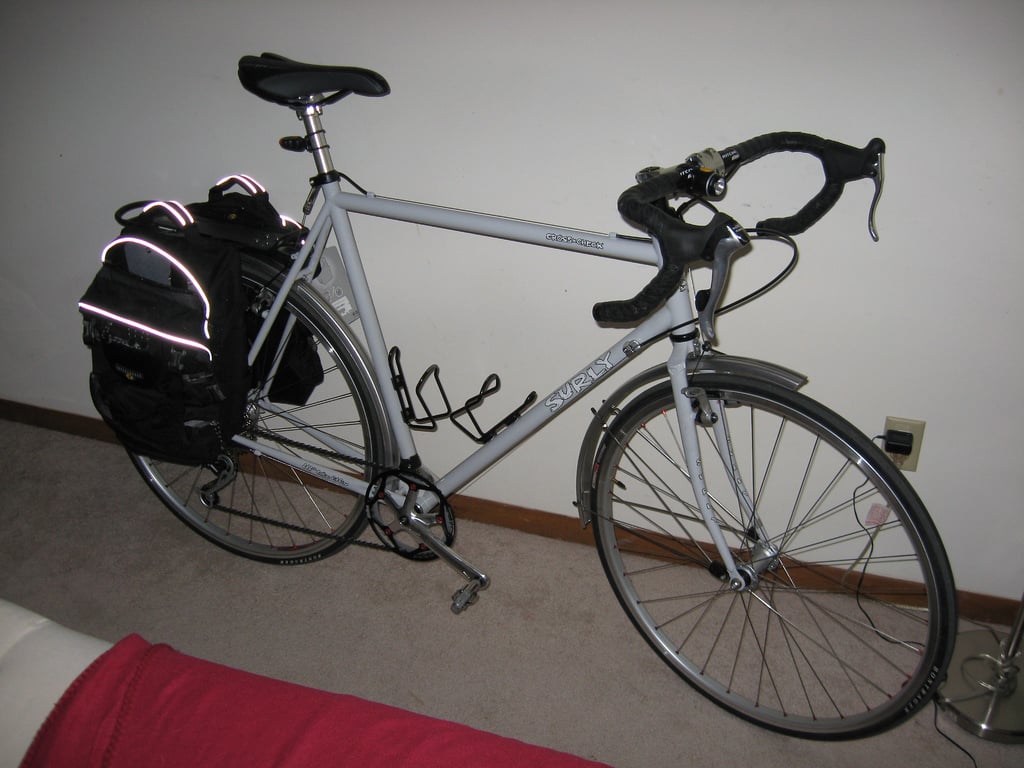 Twenty-fourteen was one of my most productive on the bike in a long time. A large contributing factor to this was the location of where we’re living in relation to the Minnesota River Bluffs Trail, and my new job in downtown Minneapolis. This allowed me to pile on the miles as the one-way route was between 23 and 25 miles (the trail was closed due to landslides in July). I was also able to capitalize on those miles by making a return to cyclocross racing, which I’d missed quite a bit.

I was very careful to log everything I did with the Garmin and upload all my data to Strava. Not all of my wattage data was accurate as my mountain bike doesn’t have a power meter, and the road bike only had it while the Powertap-equipped wheelset was attached (training and commuting) — it also died during the Powderhorn 24, recording far fewer miles than I actually accomplished.

Already described this in some detail. While it wasn’t always perfect (caught a torrential downpour for the last nine miles to work in early July, for example), but it was always a great way to start the day off and finish it up. As things progressed, I noticed that I got faster and faster — part of that, I’m sure, was having a better understanding of the layout of the trail, and part of that was my fitness improving as things chugged along. I spent about two months in the little chainring, just getting used to the idea of turning my legs again, and then in late August, I went big ring and started dropping the hammer on my rides.

Most of my time on the road bike when I wasn’t commuting was doing the Powderhorn 24. I didn’t race in 2014, which I don’t regret. I think I would have been woefully unprepared and it would’ve sapped my rediscovered passion for the bike.

My mountain biking really suffered this year due to three factors:

The really great part of MTBing this year was my July 4th in Duluth, where I went and looked a trio of their trails. I fell in love with the Lester trail network, and had poor results elsewhere. I definitely need to make a point of riding Duluth again in 2015.

I really wanted to race CX this year, but a lack of a frame and lack of money for a racing license nixed that. Which is okay, really. I’m viewing 2014 mostly as a “base fitness” year…getting back down to racing weight, getting the leg muscles built up and the endurance nailed-down.

Down to just my road bike and my mountain bike. The Cervelo P2 got sold to help cover the costs of moving.